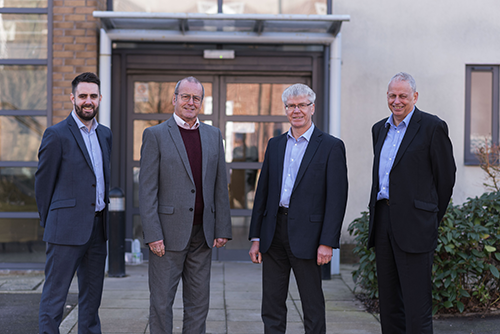 Steve McMillan celebrates 10 years at Cooper & Hall by being named a Director of the business.

He joins the board to help steer C&H in the next phase of its development.

“It’s an honour that the directors have trusted me to be part of their business,” said Steve. “It’s a big thing for me, with a lot more responsibility.”

Steve joined as a QS in 2009, becoming Regional Manager before being asked to step up alongside directors Phil Cooper, Graham Hall and Ian Wilcock.

Last year he was awarded an MSc in Construction Law & Practice.

“We will continue steady organic growth by investing time and money in training up our own people. We are now looking at the next batch of trainees,” said Steve.

“Cooper & Hall has a flexible team with a lot of skills, including dispute resolution. When people get in touch with us, we can help them.”